The Euro 2020 quarter-finals are now upon us and we’ve got some cracking games to kick things off with Spain up against Switzerland and Italy playing Belgium.

First quarter-final should see the fun continue
The two victors from Monday’s madness might just keep that energy going in the Euro 2020 quarter-finals, and not just because they have already shown themselves to be so ruthless in front of goal and so porous in defence. Switzerland and Spain have strengths and weaknesses in areas that seem to tessellate exactly, suggesting we will get another match pulled from end to end with plenty of goalmouth action.

Switzerland benefited from some bizarre tactical decisions made by Didier Deschamps, who first confused his players with an unfamiliar 3-4-3 and then lost his head a bit by switching to a frantic 4-2-4 that badly exposed his full-backs – leading to the penalty concession that should have sealed the game. But we should still credit Vladimir Petkovic for taking full advantage thanks to their excellent use of the flanks; in a counter-attacking 3-4-1-2 formation, their wing-backs are superb at creating crossing situations for Haris Seferovic.

That is their major strength and Spain’s major weakness. Luis Enrique likes to play a very high line to help prevent his players from being exposed by their lack of aerial prominence at centre-back and the lack of defensive players in wide positions capable of stopping crosses. The major challenge here is to prevent Switzerland from engineering situations in which they can whip balls in for Seferovic, who will easily dominate Eric Garcia.

But Switzerland’s main weakness is porousness between the lines when facing the kind of delicate, cute playmakers that are packed into the Spain side. Italy’s three goals in the group stages and France’s three goals on Monday showed that Petkovic is not blessed with the most diligently organised players, and there is a very good chance that Pedri and Koke will pull the Swiss midfield out of shape before wingers Pablo Sarabia and Ferran Torres make piercing runs behind the defensive line. It ought to be a very enjoyable game.

Italy’s midfield can grind down injury-hit Belgium
Roberto Martinez got a bit lucky in the Euro 2020 round of 16. Belgium were outshot 23-6 by Portugal, who gradually began to assert dominance in the second half once Fernando Santos brought on Bruno Fernandes and Joao Felix. Together, these two dropped into midfield spaces and dictated the game as a leggy-looking Belgium midfield struggled to cope with the number of bodies in the middle. It is the age-old problem with a 3-4-3, and one that might crop up again against Italy.

Martinez only has two central midfielders on the pitch and in games like these it really shows. Axel Witsel and Youri Tielemans were comfortably overrun towards the end of the contest, forcing Belgium onto the back foot and waiting for the inevitable. But it never came, and now Martinez needs to find a way to avoid the same tactical pattern against the likes of Jorginho, Marco Verratti and Manuel Locatelli. These three were superb late on against Austria, wresting control of an awkward game to help pile on pressure in extra time and force the issue.

If that wasn’t already difficult enough, Belgium are without Eden Hazard and Kevin de Bruyne for the game, making it even more likely that Italy will dominate the ball to give Belgium a seriously hard time in midfield. However, that does not mean this will be a bad game. There is a chance that Martinez will switch to a 3-5-2 to counteract the threat, bringing Leander Dendoncker into the midfield to solidify things (something he has done countless times for Wolves).

What’s more, maybe being on the back foot will, for once, suit Belgium. Their hopes now rest on Romelu Lukaku, a player who might just prefer to counter-attack behind an Italian defence lacking in pace.

But that is, perhaps, clutching at straws a bit. Belgium have looked more defensively solid than expected and yet we have repeatedly seen there is space to be found behind their wing-backs, which is an area Italy target. On the right, Federico Cheisa has earned a starting spot and can cause damage against Jan Vertonghen, while on the left Leonardo Spinazzola should get to the byline. 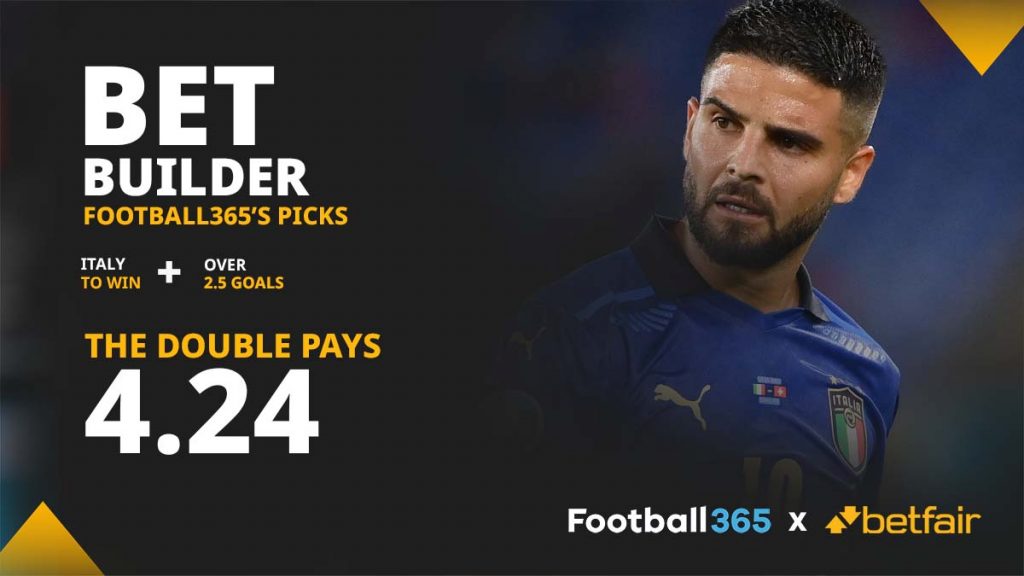 By admin
51 mins ago

A midfield battle between former generals Vieira and Arteta

Connacht to present Munster with this Jersey at the pre match coin toss.

Klopp confident Salah is best in the world