Jack Grealish and Jude Bellingham were among those to stake their England claims against Austria. But some let the opportunity pass them by.

JORDAN PICKFORD
Played like someone who thinks his club manager is still Carlo Ancelotti. The recent quiet resurgence of Pickford has been fun as his emotional excesses have been replaced by a lovely silent rave. Was calm and composed throughout, including when Ben Godfrey selflessly decided to test his concentration after the hour. Cracking save from Sabitzer’s howitzer soon after, all the more impressive as he took a split second to set him after the midfielder had shot. His distribution was excellent, particularly in the first half when England were passing the ball around the defence deep in their own half and needed Pickford to break the concerted Austria press with a difficult but perfect ball into midfield for Grealish.

TRENT ALEXANDER-ARNOLD
Not the statement display that was required after months of tiresome discourse during which he performed exceptionally for his club. Alexander-Arnold was heavily involved early on, whipping in one trademark cross for Kane before benefiting from the Tottenham striker’s passing ability to have a crack at goal himself. There were a few eye-catching passes to Trippier and Saka thereafter but he faded in terms of his attacking output after half an hour. Austria had joy down his side early on yet Alexander-Arnold grew into the game defensively, barring one moment where his lack of positional awareness let them in at the back post from a deep cross in the second half. If that late injury is a hamstring, quad or similar that is a damn shame because at the centre of the recent nonsense has been a player who responded impeccably to adversity and deserves better.

CONOR COADY
Does not belong in a back four. Does not really belong in the squad in terms of actual ability but leadership group something something shouts very loud something. Not everyone that goes to a major tournament will play and as harsh as it sounds I hope for England’s sake Coady doesn’t have to when it matters.

TYRONE MINGS
Hit a picturesque clothesline from hell on Kalajdzic before a first-half cross came in. Would probably suggest not getting into such bad habits when preparing for a major tournament with all the VAR lashings but still. I think it’s the look he takes at the striker before deciding that clattering into him is an entirely sensible course of action. Mings reminds me of Paolo Maldini in a way, namely his famous quote of, “If I have to make a tackle then I have already made a mistake,” provided you ignore the first eight and then the 11th words.

KIERAN TRIPPIER
That right there is a considerably underrated player. Trippier was not brilliant but he was solid in an unfamiliar position and proved that the right-back debate was not really about him; Southgate surely never considered omitting someone who has spent so long under Diego Simeone‘s tutelage. He offers less going forward, particularly on the left, but that is important for balance when Alexander-Arnold is on the other side. His set-pieces will hopefully improve to 2018 World Cup levels, although the corner for Bellingham’s unmarked header was the exception to a rule of subpar deliveries.

JUDE BELLINGHAM
The sort of performance that might just move a player from fringe to full-blown hairdo. There is something about Bellingham that just exudes quality and his decision-making on the ball is ludicrous for a teenager. Even on the rare occasion that Austria managed to dispossess him the midfielder seemed to retrieve it soon after. It was also his tackle on the halfway line that started the move for the goal.

DECLAN RICE
Got no notes on him. Pretty sure he played. Perhaps the best measurement of his influence and impact is that Austria coincidentally started to look very good and dangerous around the 62nd minute.

JESSE LINGARD
Many were predictably performatively angry at his inclusion in the starting line-up despite a) that being common knowledge 24 hours prior, b) it being a completely understandable decision in the circumstances, and c) a late injury elsewhere proving that he or someone else on the standby list might actually be needed and thus it was sensible for them to feature. Fouled someone after five seconds for bonus points and was characteristically busy. His pass towards the end of the move for Saka’s goal was delightful and precisely the sort of deft, one-touch play he thrives at. 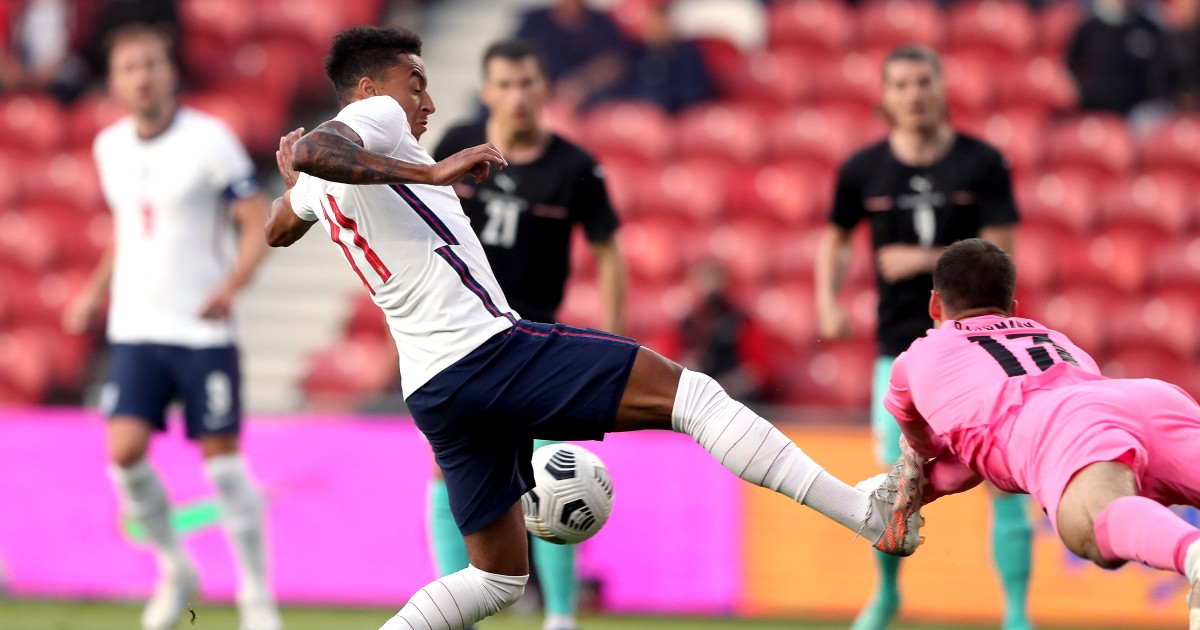 JACK GREALISH
You can summon all the Karens in the world to a sale at which the manager is not present for them to speak to and you still wouldn’t have a customer nearly as tricky as Grealish. He achieved his ultimate form by drawing simultaneous fouls from two defenders, one of whom inadvertently assisted his teammate to score the only in the process. Spent the entire match either winning enough free-kicks to give Ward-Prowse heart palpitations or Making Things Happen. Hope you’ve got some oven gloves nearby for this piping hot take: he is good.

BUKAYO SAKA
Probably the poorest showing in terms of national anthem, followed by his first two touches conceding throw-ins. Saka then skied a volley at the back post but it was a far tougher half-chance than that makes it sound. It was his energy and pressure that created the first-half opportunity Kane missed. Kept the fight to be fouled most often competitive with Grealish until quite late on when the pair put that battle to one side and Saka shifted focus to doing a goal instead. That finish was actually not too straightforward. If he didn’t play for Arsenal he’d be appreciated far more for the wonderful talent he is.

HARRY KANE
Has just won his third Premier League Golden Boot and is sixth on England’s list of all-time top goalscorers but his approach of sometimes dropping back to be mint instead of constantly awaiting balls in the mixer remains a point of contention for many. Apropos of nothing, Kane created an early chance for Alexander-Arnold with a brilliant turn and pass from close to the halfway line, then set Grealish on his way in first-half stoppage-time with another great ball from deep. Managed to cause panic in the Austrian defence at one point with a weak-footed crossed volley facing away from goal because obviously. Ought to have scored when Grealish played him in. Played an important part in the build-up to the goal but should have been standing on the penalty spot. 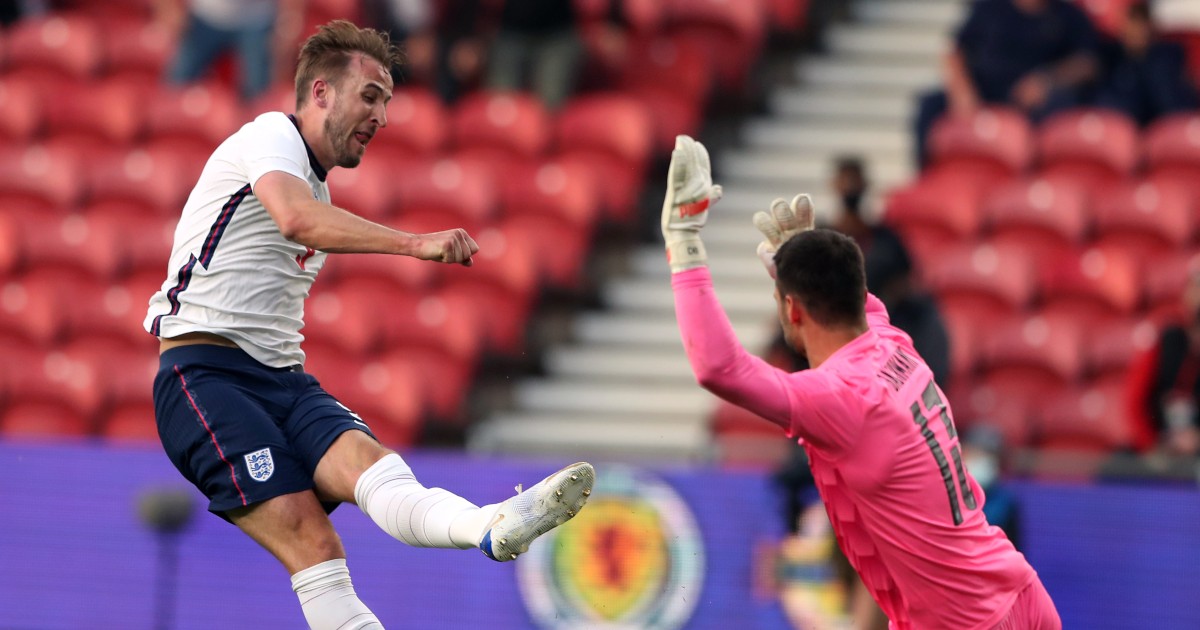 JAMES WARD-PROWSE (on for Rice, 61)
Will presumably see his stock rise as a set-piece option if Alexander-Arnold has to drop out of the squad. It is a nice argument but it does tend to rather ignore the fact he would have to be on the pitch to take the many thousand free-kicks Grealish will win this summer. He was tidy on the ball for half an hour without offering much defensive protection and so this is a strong hmm to those shouts for a promotion.

BEN GODFREY (on for Mings, 61)
Almost Own Goals and Gaffesd himself into utter oblivion with a moment he would never have been allowed to forget. Strong start for his first touch in international football. Quite enjoyed the moment soon after when Pickford parried a Sabitzer effort in front of him and with no Austria player in the vicinity, Godfrey booted it into the stands to make absolutely sure this time. Seemed to struggle with a couple of crosses. The only way is up from here.

DOMINIC CALVERT-LEWIN (on for Kane, 61)
He can jump so very high. He can also run the channels diligently and at one stage he flashed a low ball across goal but Calvert-Lewin foolishly forgot to clone himself to ensure it could be finished.

OLLIE WATKINS (on for Lingard, 61)
Pics or it didn’t happen. 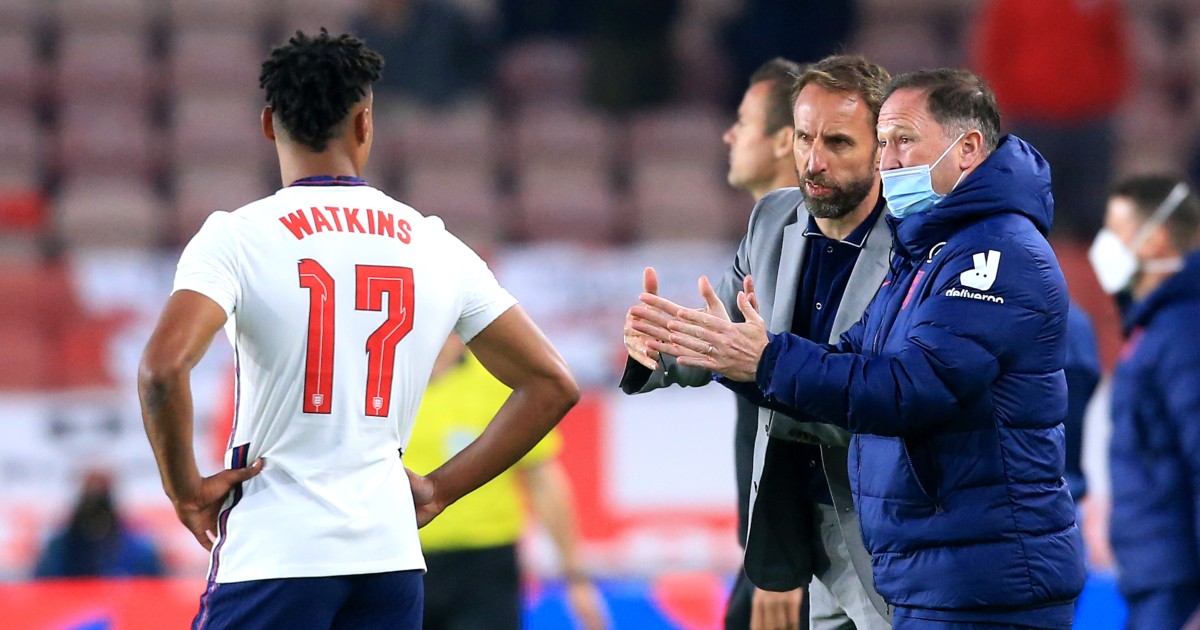 BEN WHITE (on for Grealish, 71)
Suddenly looks the best shout to be called up if necessary. Slotted into midfield pretty well upon his introduction and then shifted seamlessly into defence because he knows that Southgate’s only weakness is versatility. Had one shot and then cleared another off the line as if to further underline that he can do it all. Will probably be captain against Croatia now.

How is Patrick Vieira’s Palace style already clearer than Mikel Arteta’s at Arsenal?

By admin
43 mins ago

Salmaan Moerat is reportedly in line for a Bok call up tomorrow : rugbyunion