Curtis Millender jumped at the chance to compete in PFL and fight Rory MacDonald.

After David Michaud was forced out of the fight, the PFL signed UFC and Bellator veteran, Curtis Millender to face MacDonald. It is a big opportunity for “Curtious” who says this is a bucket list fight for him.

“I thought I would end up fighting for Bellator again. I was hoping to get that Joe Schilling fight. It’s a bucket list fight for me,” Millender said to BJPENN.com. “However, Rory MacDonald is the ultimate bucket list fight for me. My friend sent me an interview I did like seven or eight years ago, where the person asked me who my dream fight is and the person I said was Rory MacDonald and I get the chance.”

Although getting the chance to compete against MacDonald is something he wanted, Millender said winning the million dollars is why he signed with PFL. He also knows winning the tournament will put some respect on his name.

Millender also makes it clear he enters the tournament with a chip on his shoulder to remind everyone he is a top welterweight.

“Fighting him is cool, but the million dollars is why I agreed to sign with PFL. I can also right a lot of wrongs if I beat him,” Millender said. “I know I’m one of the top welterweights in the world still. I’m looking to get some more respect on my name. It’s also frustrating to see guys like Kevin Holland and Max Griffin headline and be the co-main event of a UFC show when I beat both of those guys. Like how am I not there? I deserve to be considered one of the best and that’s what I plan to prove.” 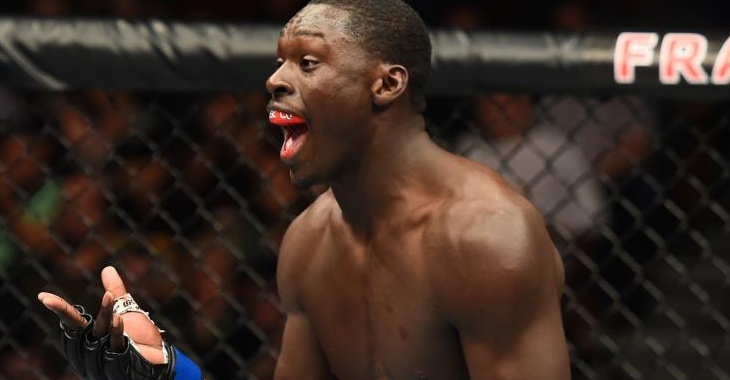 When Curtis Millender does end up meeting MacDonald on Thursday night, he’s well aware of what the Canadians game plan will be. He expects MacDonald to shoot early and often.

However, Millender says his takedown defense has improved a ton and he expects to stuff MacDonald shots. If he does that, he’s confident he will be able to piece up the Canadian and hurt him on the feet.

“Nobody wants to strike with me, Rory will shoot within the first minute of the fight. Why go into shark-infested waters and strike with me when you can try and walk in the sand and wrestle,” Millender said. “I’ve been doing the work, I went out to Fight Ready to work on my wrestling and grappling. If he does take me down, I will get back up. On the feet he will have to worry about my power because I’m coming to hurt him. I have to hurt him.

“If I can’t finish him, I will punish him for 15 minutes,” Millender added. I will do what I need to, to win the fight.”

If Curtis Millender does beat MacDonald on Thursday, the UFC veteran says he would want Ray Cooper III next. He wants to take out the two best welterweights and send a statement to the division.

“That is the plan is to take out Rory MacDonald right now and then fight Cooper III next,” Millender concluded. “I want to take out the top two guys and send a statement to the division. I plan to show that I’m a threat in the division.”

Do you think Curtis Millender will beat Rory MacDonald?

By admin
26 mins ago

By admin
1 hour ago

Dan Hooker on Islam Makhachev fight at UFC 267: “This is his party. I’m just here to spoil it” –

We Got Next: Modestas Bukauskas, David Onama, and Themba Gorimbo

Beauden Barrett to start in his 100th test