Chelsea are reportedly lining up a move for Inter Milan’s Achraf Hakimi – but how much success have the Blues had shopping in Italy previosuly?

After joining Inter from Real Madrid in 2020, Hakimi has established himself as one of the best full-backs in the world and is reportedly valued at around £69million.

We’ve taken a look at the 23 players Chelsea have previously signed from the Italian top division.

Signed on loan from Juventus in January 2019, Higuain scored five goals in 19 appearances in all competitions for Chelsea.

The Blues were given the option to make the deal permanent for €36million or extend his loan by a season for half of that but instead allowed the striker to return to Italy.

“I could have done better. But I think what I did is not bad and then we managed to win the Europa League and reached the Champions League, so they were good results,” Higuain told The Telegraph in 2020. “People expected more from me, but I think the goals were fine in that short time.”

Having worked under Maurizio Sarri at Napoli, Jorginho rejected Manchester City and followed the manager to Stamford Bridge in 2018.

The Italy international became derided as the face of Sarriball in his debut season and was linked with a move away following Sarri’s departure in 2019.

But he remained a key player under Frank Lampard and is now showing his best form for Thomas Tuchel, helping the Blues win the Champions League in 2020-21.

Rudiger completed a £29million move to Chelsea in 2017 and had the unenviable task of replacing John Terry at Stamford Bridge.

After being deemed surplus to requirements by Lampard, the centre-back has turned things around to become an integral player under Tuchel.

READ: Five Chelsea players who struggled under Lampard to shine under Tuchel

One of Stamford Bridge’s forgotten men, Zappacosta made 35 appearances for Chelsea in 2017-18 after signing from Torino, which we can’t quite believe.

The right-back then fell down the pecking order and has spent the last two seasons back in Italy, enjoying loan spells at Roma and Genoa.

You could be excused for forgetting the Blues ever signed Emerson.

He arrived at Stamford Bridge in January 2018 but has been limited to a bit-part role, making just 32 Premier League appearances for the club in that time.

According to reports, Chelsea have offered the 28-year-old to Inter as part of a player-plus-cash deal for Hakimi.

He can divide opinion amongst Chelsea fans, but Alonso has been a great servant to the club since joining from Fiorentina in 2016.

The left-back has won the Premier League, FA Cup, Champions League and the Europa League over the last five seasons, scoring some crucial goals along the way.

When Marcos Alonso went to Wembley and said ‘this is my house’ 🏟pic.twitter.com/zv8lgpJ6Mp

Despite being signed for £26million in February 2015, Cuadrado was never really given the chance to show off his abilities under Jose Mourinho.

The Colombia international made just 15 appearances in all competitions before joining Juventus on a two-year loan deal, which was made permanent in 2017.

He still won the Premier League and League Cup during his brief spell at Chelsea, ensuring he left with an average of one trophy for every 7.5 appearances. Not bad.

Once regarded as the next big, Quaresma failed to make an impact at Inter and joined Chelsea on a short-term loan deal in February 2009.

The winger was unable to reignite his early-career promise and made just five appearances for the Blues, totalling 175 minutes.

Having previously won the Ballon d’Or with AC Milan, expectations were high when Shevchenko completed his £30million move to Chelsea in 2006.

Despite scoring on his debut in the Community Shield, the striker was clearly past his best and netted just nine goals in 48 Premier League appearances.

He was released from his Chelsea contract 11 months early and then joined boyhood club Dynamo Kyiv on a free transfer in 2009. 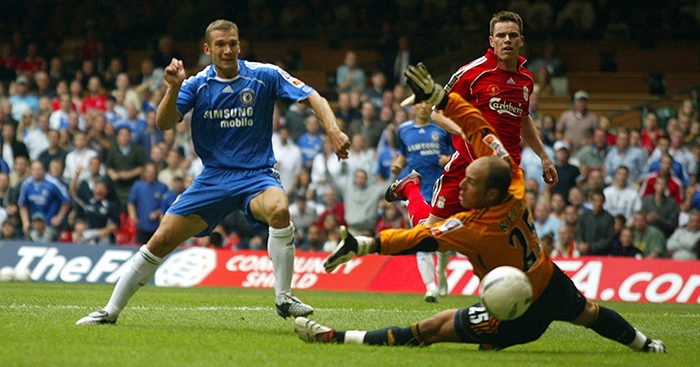 After spells at Parma, Lazio and Inter, Crespo joined Chelsea in 2003 and became one of the first marquee signings of the Roman Abramovic era.

While his time at the club was marred by personal tragedy off the field, he still scored 25 goals in 73 appearances and picked up a Premier League winner’s medal in 2005-06.

Reminder of how much @Crespo loved Chelsea. So sad that London coincided with tragic times for him and his family. pic.twitter.com/CMy3Cf2zdW

Mutu hit the ground running after joining Chelsea from Parma in the summer of 2003, scoring four goals in his first three games for the club.

But his off-field behaviour saw him fall out of favour at Stamford Bridge, and he only netted another six goals in his final 35 games.

The former Romania international tested positive for cocaine in September 2004, prompting the club to sack him and take him to court, where he was ordered to pay the Blues £15million in damages.

Chelsea spent £111million in the summer of 2003, Abramovich’s first as owner of the club, but Ambrosio cost nothing. The goalkeeper arrived from Chievo to provide back-up to Carlo Cudicini but an error-strewn debut against Notts County limited his opportunities at Stamford Bridge.

He did redeem himself with a string of saves during a famous Champions League win at Arsenal before allowed leaving on a free transfer at the end of the 2003-04 season.

Stanic scored a banger against West Ham on his debut in August 2000 and somehow stuck around until 2004, when a knee injury forced him to retire at the age of 32.

He never reached the heights of his debut, but the Croatia international only needed one match to secure his Chelsea legacy. 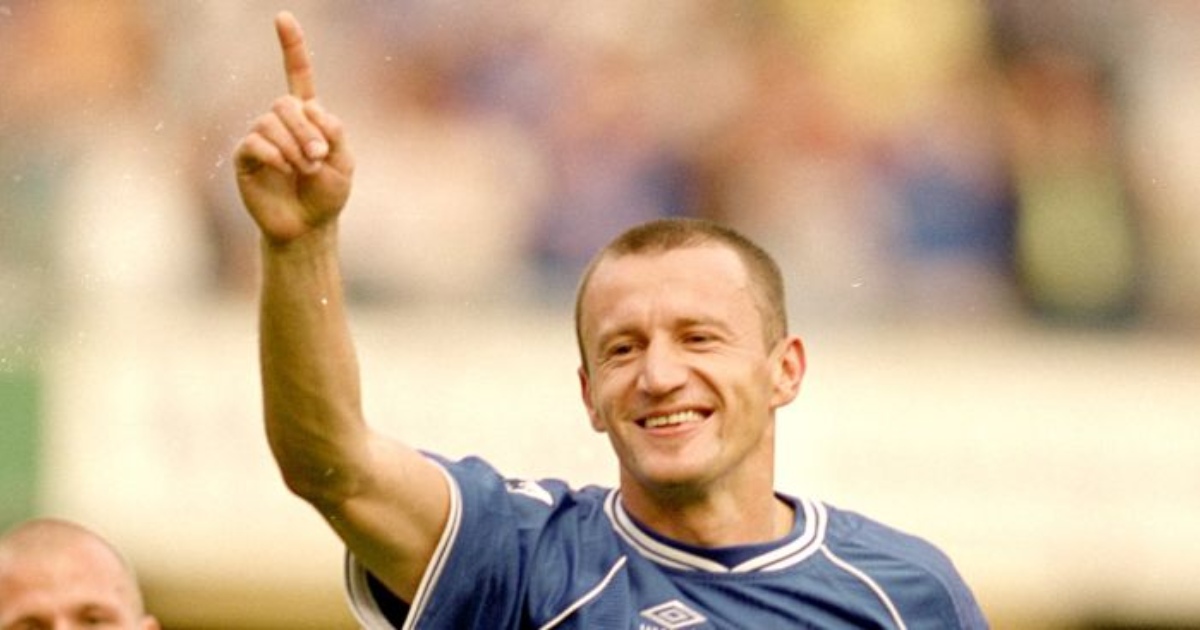 READ: Mario Stanic, Chelsea cult hero and scorer of one of THE great debut goals

A mainstay of the Italian national team during a glittering career, Panucci arrived at Stamford Bridge in 2000 under a cloud.

After falling out with manager Marcello Lippi at Inter, the full-back joined Chelsea on loan in a bid to recapture his form.

Ten appearances and one goal later, he moved to Monaco for the second half of the 2000-01 season. It’s safe to say Chelsea never saw the best of him.

It was something of a coup when Chelsea signed Deschamps in the summer of 1999 – after all, he was the captain of world champions France and arrived with immense pedigree.

Chelsea’s league form slipped during the 1999-00 season, but the midfielder became an integral part of the side that won the FA Cup and reached the Champions League quarter-finals.

Deschamps moved to Valencia after a single season in England and led his new side to the 2001 Champions League final before retirement.

Having impressed during the 1998 Cup Winners’ Cup semi-final between Chelsea and Vicenza, Ambrosetti was snapped up a year later for a fee of £3.5million.

He never quite lived up to expectations, making just 16 appearances over four seasons.

Ambrosetti believed he was damned from the moment manager Gianluca Vialli called him the Italian Ryan Giggs.

“Luca’s comments didn’t help me. They put a lot of pressure on me,” Ambrosetti told The Atheltic in 2020. “Every mistake I made at Chelsea, people would say, ‘Oh no, Giggs wouldn’t do that.’ Look, Luca trusted me but you can’t compare Giggs with anyone else back then or even now.”

One of the greatest players of his generation, Weah showed his class at Chelsea despite being past his peak upon his arrival on loan from AC Milan in January 2000.

During his half-season in England, Weah instantly won over the Stamford Bridge faithful by scoring the winner against hated rivals Tottenham on his debut.

He also scored crucial goals against Leicester and Gillingham during Chelsea’s victorious FA Cup campaign and started the final against Aston Villa.

Despite his success, Vialli chose not to make the move permanent and Weah left for newly promoted Manchester City.

Casiraghi was a talented striker in his prime, starring for Juventus and Lazio during the 1990s, and Chelsea paid a club-record £5.4million to secure his signature in 1998.

He scored just one goal before suffering a career-ending cruciate ligament injury during a match at West Ham.

Chelsea terminated his contract after the 1999-00 season. The famously tactile Ken Bates said: “We have been paid £4.05m insurance, which will mean he can’t play top-level football again. We gave him 20 months, but he was still walking with a limp, so we had no choice.”

It’s often forgotten how good Chelsea were in the period before the Abramovich takeover, and the performances of Desailly were a big factor in their successes.

Arriving fresh from victory at France ’98, the centre-back formed a partnership with compatriot Frank Lebouef and captained the side to the FA Cup in 2000.

He made 222 appearances for Chelsea before making way upon Jose Mourinho’s arrival in 2004.

READ: A tribute to the wonderful Gianfranco Zola, an unbelievable bargain

Di Matteo will always be revered for that night in Munich as manager, but he was an extremely fine player during his time at Chelsea.

Another figure who was central in the club’s renaissance, Di Matteo scored numerous crucial goals during his six years at Stamford Bridge including one after 42 seconds of the 1997 FA Cup final and the winner against Aston Villa at Wembley three years later.

He suffered a triple leg fracture during a UEFA Cup match in 2000-01 and was unable to recover, retiring in February 2002 aged 31.

The second of three players on this list who both played and managed Chelsea, Vialli’s association with the club was a rollercoaster one.

Bought in by Ruud Gullit in 1996, Vialli had a tempestuous relationship with his boss, meaning his moments of inspiration and brilliance were matched by long spells on the subs bench.

He was appointed player-manager following Guillt’s sacking in 1998 and led the side to glory in the European Cup Winners’ Cup.

Vialli also led Chelsea to third place in 1998-99 – the club’s highest since 1970 – before losing his job the following year.

Signed in July 1995, Gullit impressed after moving from an unfamiliar sweeper role back into midfield. His improvement was so marked that he was named runner-up to Eric Cantona as Footballer of the Year in his debut season.

Appointed player-manager in 1996, the Dutchman led the club to victory in the 1997 FA Cup final before being sacked for an alleged disagreement with the club’s board over compensation.

Speaking to The Times in 2010, Gullit said: “Every time I played for Chelsea, I thought, ‘Nice game, beautiful stadium, great crowd, I’m playing well.’ It was the only time I really had fun.”

Golden Slam On the Table for Djokovic in 2021, Says Coach Marian Vajda

By admin
20 mins ago

A midfield battle between former generals Vieira and Arteta

By admin
1 hour ago

Connacht to present Munster with this Jersey at the pre match coin toss.

Klopp confident Salah is best in the world